Islamic Relief Worldwide’s annual report for 2015 has been published today, detailing our income, expenditure and the projects we undertook to help 8.3 million people across the globe. 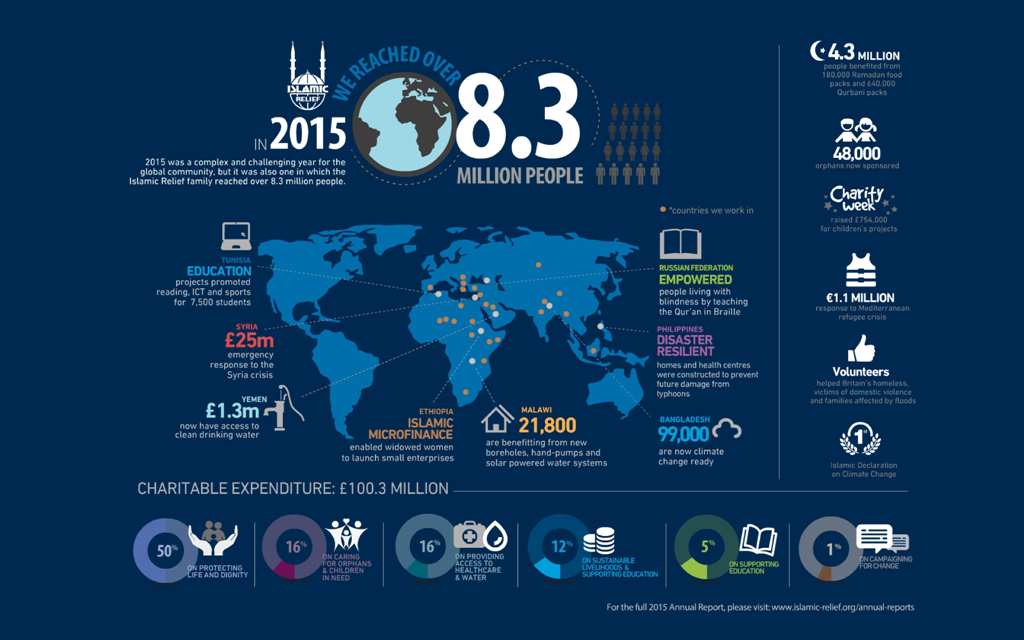 2015 was a complex and challenging year, one in which we witnessed the worst refugee crisis since the Second World War, while conflict continued to fracture families, natural disasters devastated communities and millions of people still struggled in poverty. For Islamic Relief, these challenges only strengthened our determination to extend our global presence and assist those in dire need of our help.

Our total income reached £105.6 million, with programme expenditures increasing by 25% to £100.3 million. As 50% of our work focused on empowering communities, we delivered sustainable development and educational projects to make a permanent difference in some of the world’s poorest communities. More than 525,000 people worldwide are now better able to cope with the impacts of climate change thanks to disaster-resilient homes, weather-tolerant seeds and livelihoods training. Our pioneering multi-national Islamic microfinance programme now enables nearly 15,000 entrepreneurs in a dozen countries to lift themselves out of poverty and 48,000 orphans are currently benefiting from our sponsorship programme.

As one of the first respondents to humanitarian disasters, we delivered swift emergency aid as soon as earthquakes hit Pakistan, Afghanistan and Nepal, and when flood waters swept into homes in the United Kingdom. By working in areas that many other organisations cannot reach, we are able to reach even more people in need. As the war in Syria entered its fourth year, we reached a staggering four million vulnerable people and our local presence in Yemen meant that when violence erupted, we were able to respond rapidly and provide 1.3 million people with food rations and access to clean drinking water.

In 2015, we pushed for a safer, fairer world for all by brokering the first Islamic Declaration on Climate Change and published our first gender justice policy. We also introduced a new General Assembly to better reflect our international position in the sector. Together with the Board of Trustees, the General Assembly will promote funding for long-term programmes and push for productive partnerships with aid agencies and institutions across the globe. This, we believe, will enable us to continue growing and making a lasting change in the fight against poverty and suffering.

Without our dedicated staff, volunteers and supporters none of our work would be possible, and so we pass on our sincerest thanks to the public, multilateral and governmental partners for their generosity. We are truly humbled by the trust placed in us to make a difference and, together, we will continue delivering impactful programmes that empower those that we exist to serve. 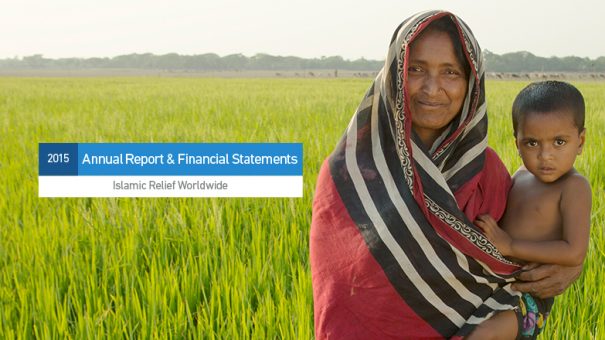 Islamic Relief is an independent humanitarian and development organisation that has been working to fight poverty and suffering for over 32 years.