Eight states have been reported affected by floods due to the phenomenon of the Northeast Monsoon season. The states included Kelantan, Terengganu, Pahang, Kuala Lumpur, Selangor, Melaka, Negeri Sembilan and Perak.

There are some reports of dead people by authorities and more than 65,000 residents have been affected due to severe flooding. Those who are impacted are now evacuating in the Temporary Evacuation Centre (PPS) which has been provided by the authorities.

Some areas affected by the floods are described as tsunami-hit. Many vehicles and houses were left underwater meanwhile furniture and household appliances were damaged and covered in mud. Some are floating in floodwaters. The majority of those affected are left with only one-piece cloth.

Islamic Relief Malaysia continues to raise funds through the Local Emergency Relief campaign as much as RM400,000 until the end of December to help those affected by the floods.

We are also started doing some house cleaning for the affected area which involved Islamic Relief Malaysia staff and volunteers.

Please continue to support and help those affected through the Islamic Relief Malaysia platform. Together, we can alleviate and ease their burden. 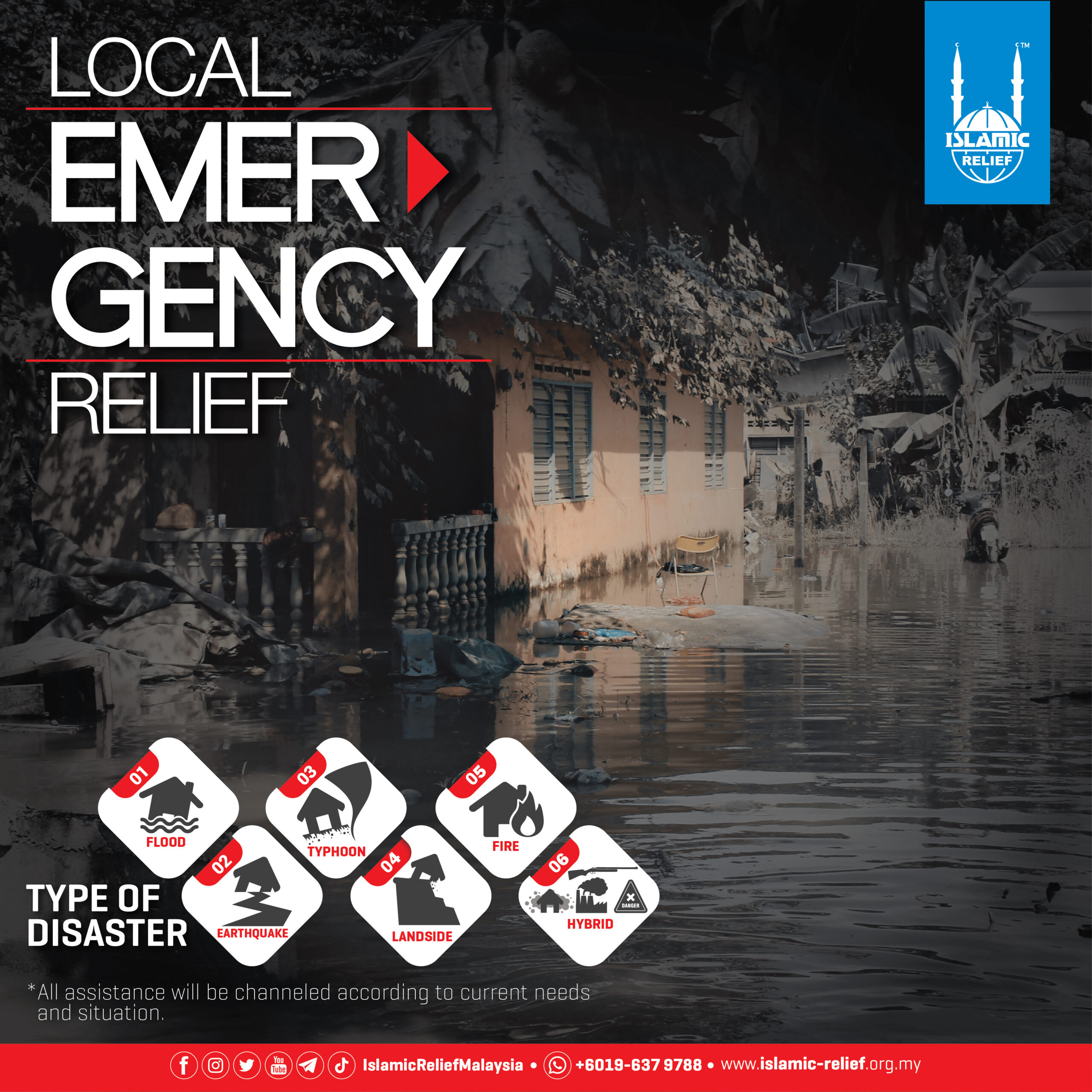